Maybe the long-suffering of a broken body is God’s means of weaning us from this world long enough for us to yearn for heaven. On the other hand, maybe God’s mercy in accelerating the aging process itself is in order to hold back prolonged suffering. It’s not something many of us think about, but the Bible is clear that the questions of life and death belong to the Lord. He alone determines the number of our days, and as I have had to remind myself many times over the last month, He alone is in control. Sometimes I have had to trust God when life convinced me that He wasn’t in control. I don’t mean to sound pious. I had no other choice. Praise God!

In my mother’s case, I find that I’ve had to remind myself that neither growing old nor the need for God’s provision and comfort at this time is uncharted territory. The stress of decisions and doctors in the last month has reminded me of this “age-old” predicament (no pun intended). I notice that even the Psalmist cried out:

“Do not cast me off in the time of old age; forsake me not when my strength is spent. – Psalm 71:9

If ever there was a need to not be forsaken, it is in our golden years…when our abilities and energy have been exhausted, when the years of caring and giving to your children or spouse have been poured out to the last ounce over a lifetime. You would only hope that there would be someone to care for you as well. It is no wonder people say that that they don’t ever want to get too old. Being forsaken these days can mean ignored call buttons and nurses that never look you in the eye when you are in pain. It can mean going through your latter days without your spouse or family.

Notice the folks at a nursing home if you get a chance. I have, and I’ve seen some weathered and beaten faces. I realized that I was looking at the manifestation of not only the reality of aging, but of humanity itself. When we are young, we feel invincible, but the truth will come up from behind you. Man in his nature is in decline. We don’t get better or stronger…eventually these bones that hold our bodies up will bend from the weight. Old age seems so far away, but believe it or not, even if your body has never complained, it will one day remind you that you are made of destructible matter that will crumble. The range of motion we take for granted now may be a struggle in the not too distant future. The ability to enjoy and understand the words we read and write will diminish. Our faces will grow sullen and dry, our eyes will get shallow. Aging is mortality at its most blatant.

So is this what it’s come to?

If you know the creation story, you know that it didn’t have to happen this way. When God created man, He created him perfectly. Adam and Eve lived in unhindered fellowship with God. His only command to them was not to eat from the tree of the knowledge of good and evil. If they did, the consequence would be death, both spiritual and physical. (Gen. 2:15-17). Of course, they rebelled and did it anyway…and boy, do we see the consequences! We could have lived forever in youthfulness and glory if they would not have disobeyed God from the beginning.
Adam and Eve could have left well enough alone, but noooo…they just HAD to know all about the tree of good and evil. They just HAD to think they knew better than God. But I can’t blame them. I’ve got plenty of sin and blame in my own life…the mirror just confirms that. *Sigh*

At any rate, I think we can all agree. Worst. Decision. Ever.

So as I think of mortality, I can’t help but think of so many who have persevered for months, even years in the role of caregiver. The impact of a loved one’s need in the later stages of life charges into your own, knocking down your neatly arranged calendar like a bulldozer to a stack of blocks. The physical work of caring is perpetual, and should I say – downright demanding. No doubt, I have a new respect for them now. I think of my father, who has tirelessly and selflessly given of himself for my mother every day. I think about certain friends who have set their lives aside to care for their own elderly parents and the courage they have shown me in doing so. It makes me stop to wonder whether the purpose of being aged is just as much about changing and growing the caregiver as it is about the aged themselves.
Most of all, I acknowledge God’s provision. Listen to the words of the Psalmist again in that same passage:

“But I will hope continually, and will praise You yet more and more. My mouth shall tell of Your righteousness and Your salvation all the day. For I do not know their limits. I will go into the strength of the Lord God; I will make mention of Your righteousness, of Yours only.” – Psalm 71:14-16.

God never promised that He would take away our suffering, but He has promised not to forsake His own. So to all of you self-sacrificing caregivers, I am not worthy to untie your shoes. For all of your back-breaking, sleep deprived days, I pray that God brings you through them as if to carry you. The rest of the story is that what was lost with Adam is reclaimed at the Cross. There is a better “someday” ahead, a day when He will be the ultimate physician, when He will take the plight of sin away completely, a day of no more pain, no more tears, and no more death.

12 thoughts on “WHAT I THINK OF OLD AGE” 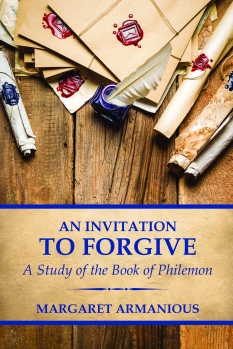