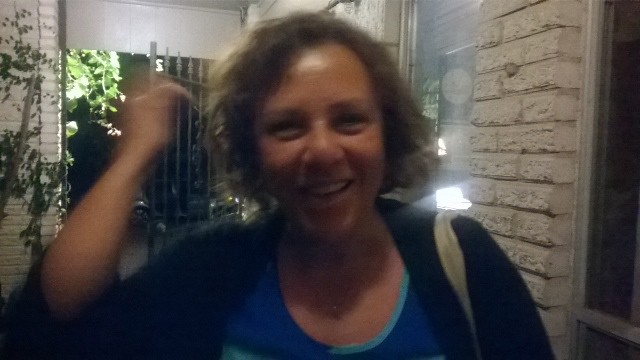 Today I’d like to share a pretty neat conversation I had with my cousin Hoda, who lives in Egypt. (Sorry the pic is so big ~ major issues with uploading this week! I’m just glad I got it posted at all!).  Anyway, she was in the states on vacation, and (after catching up on her and her family), our talk almost immediately turned to the condition and welfare of Egypt itself. Since the Revolution of 2011, I’ve been keenly aware of the precarious position that my family and many other Christians are living in in that part of the world.

As you may know, Egypt went from bad to worse even after the initial revolution with the “free” election of Mohamed Morsi, who was a leading member of the Muslim Brotherhood. He granted himself unlimited power and issued an Islamic-backed constitution. Undoubtedly opposed by Christians and even moderate Muslims, the people rose again and forced this loser to step down by the summer of 2013.

Fast forward to their second-ever-in-history election to their current President, Abdel Fattah el-Sisi, who, in my cousin’s words, is a good guy and finally looks to be a better leader for Egypt. He doesn’t appear to be as aligned with the terrorist groups or the Muslim brotherhood that have reaped such havoc in the country. So far so good.

So, while we may all read the headlines, it’s not every day that we get a glimpse of this situation from an insider’s viewpoint. I gained some wonderful gems of insight from her, a testimony we won’t ever get from the news.

First of all, she said, the outcry for positive change in Egypt was not instigated by the military (as we have been told), but by the power of the people. I bookmarked this in my mind. If a socialist country could band together through the sheer power of their people, how much more can we as American citizens use our power in a democracy?

And then what she said next was an eye-opener. She said, “Margaret, had it not been for the election of Fattah el-Sisi, Egypt would have turned into another Syria or Iraq, [in terms of Radical Islamic dominance and oppression to Christians] within a very short time.

And then she added, “Christians were praying and fasting around the clock, standing in the gap, and I believe that made all the difference”.

I guess when all you do is hear the news reports, you don’t really realize how God moves behind the scenes. As with any trial in life, it’s one thing when you are praying for a situation that you’re not directly involved in and quite another when you are the one experiencing it.

Yet, as I talked to my cousin, I realized that when trials are great, so is strength in Christ.

I could see that this dependence on God’s grace produces a special joy and undeniable zeal for Him. It is a living testimony of His sustenance, a wake-up call to those at ease. There is a certain added vigor, a sensitivity to His Spirit, and a strength that only comes from trial.

“More than that, we rejoice in our sufferings, knowing that suffering produces endurance, and endurance produces character, and character produces hope, and hope does not put us to shame, because God’s love has been poured into our hearts through the Holy Spirit who has been given to us.” (Romans 5:3-5)

She reminded me of the story of Gideon, the Israeli Army commander who’s story is told in Judges 7. He was chosen to lead the army against the Midianites. Although he only had 300 men against their thousands, God gave him victory by confusing the enemy till they started to fight amongst themselves. Well, she said, “that’s exactly what happened with the Muslims! They started fighting amongst themselves!

Even more than that, according to her testimony, many Muslims themselves turned to Christ during this time. Of those that did, she said they devoured their Bibles word by word…and they wondered why we don’t read it more!

Listening to her, I wondered how many other countless stories God has already weaved in spite of the atrocities of all the fighting in the Middle East.

I don’t believe we’ll understand all the purposes God will bring about from the evil in the world until we’re with Him in eternity, but I do believe He is with each believer in undeniable ways.

Though He has been merciful to His own minority in Egypt and they are relatively stable for now, that doesn’t in any way diminish our own diligence in prayer for all the Middle East as they face what I believe is the greatest evil we know today. The tide is troublesome and disheartening and the enemy is relentless against those who love the Lord. Please keep each in your diligent prayers. Especially now.

“Who shall separate us from the love of Christ? Shall tribulation, or distress, or persecution, or famine, or nakedness, or danger, or sword? As it is written, “For your sake we are being killed all the day long; we are regarded as sheep to be slaughtered.” No, in all these things we are more than conquerors through him who loved us. For I am sure that neither death nor life, nor angels nor rulers, nor things present nor things to come, nor powers, nor height nor depth, nor anything else in all creation, will be able to separate us from the love of God in Christ Jesus our Lord.” (Romans 8:35-39).